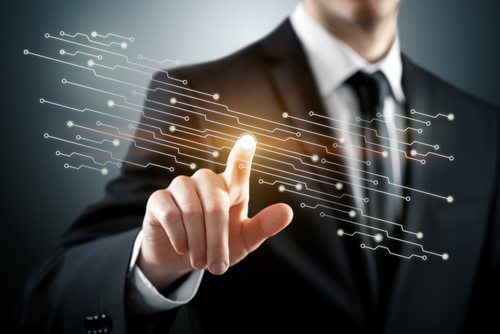 All too often, amenity spaces are banal. However, a New York-based company is looking to change that using the Greater Toronto and Hamilton Area as its Canadian springboard.

hOM is a real estate technology vendor that teams up with landlords in both the residential and commercial sectors to develop holistic amenities that emphasize emotional and physical health. Established four years ago in New York, where it grew to 35 employees and manages 90 properties with 45 landlords, hOM believes Toronto is amenable to its concepts.

“We work with property managers to provide a tenant experience that comes in the form of group fitness and wellness classes and then our community lifestyle events,” said Lilli Markle, director of business development at hOM. “We consider ourselves managers in that we have tech platforms that support the communication of our programming and data collection that positions the value to the landlord as an actual ROI. We’re able to translate the data from our tech platform and survey and interface directly with the users, then present the data to the landlords. It allows landlords to retain tenants, which over time saves operation costs and leasing costs”

hOM has only officially partnered with Cadillac Fairview in Toronto, although it’s in discussions with other companies. In Toronto’s TD Centre, hOM is going to transform an underused section into a Zen lounge with everything from a meditation centre to yoga and pilates classes.

“It will be all open and have natural lighting, and it’s next to the Design Exchange,” said Markle. “We’ll have a two-month studio with a meditation booth and a place to practice with wall partitions, soft flooring and a pop-up juice bar. You can even grab a coffee and have a meeting there.”

Another reason hOM is trying to make inroads in the region is because Toronto’s technology sector has emerged as one of North America’s most prominent. Real estate firm CBRE recently ranked Toronto as the fourth-most important tech hub on the continent, and while that might not appear impressive on the surface, consider the city was ranked 12th only two years ago.

“In the last five years, Toronto has created 82,000 tech jobs, more than Silicon Valley and more than any other city in North America,” said Matt Smith, a real estate broker with Engel & Völkers.

Toronto should ultimately prove an interesting choice for hOM because the city is progressive.

“Toronto is on a pivot, in terms of how it’s seen as an international city because of its diversity and innovation,” said Markle. “There’s emphasis on talent attraction to drive forward that sense of a smart and healthy city. Those people will drive economic factors and make decisions based on health and wellness.”

About Nest and Castle

Nest & Castle Inc is a leading edge real estate brokerage based in the heart of the Greater Toronto Area (GTA). We provide creative solutions and strategic advice on all aspects of the real estate industry. Our mix of conventional real estate techniques and forward-thinking technologies makes the buying or selling of your home, an easy and enjoyable experience.

Search Exclusive New Developments Looking for your Dream Home? Sell Smarter With Data. It's The Future.

Record investment in this sector will continue in 2019

Bank of Canada Backs Away from Rate Hike...

How to Improve Your Credit Score

What’s a Cooling of Period?

How do Assignments Work?

Closing Cost, what to Expect

HST Rebate, How Does it Work?

The Pocket Guide to Buying Your First Home

The Pocket Guide to Moving

The Pocket Guide to Closing Cost

Are you financially ready to own a home?

How to improve your credit score

How to hire a buyer’s real estate agent

All you Need to know about Assignments